TODD: This is so cool. There's a Missouri state senator, Holly Rehder, who has proposed some legislation that would designate a day honoring El Rushbo. She's a Republican, shockingly, of course, and this is during a Missouri senate committee meeting. She wants to make Rush's birthday -- that's January 12th -- Rush Limbaugh Day. There are a couple of different efforts in this regard.

That would be phenomenal to drive that highway and listen to this program, which, incidentally (and we'll have some details later in the week), this program is growing. And there's been rumors and rumors and rumors and yet the program is growing. So if this bill, if that bill for the highway passes, it comes into effect in August. I want you to hear this clip of Rush thanking his beloved family for their support and crediting the state of Missouri for his personal success. 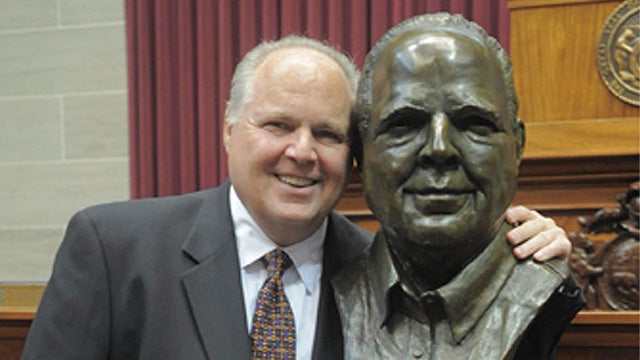 RUSH: -- close to it. I'm literally quite unable to comprehend what's happening to me today. This is something that I never, ever considered would happen to me. As I'm listening to this list of qualifications or resume recitation, I'm reminded of why I'm here. You know, we're all the products of our families. Families define us, determine so much about us, and there are so many in my family that far more deserve to be standing up here today than I do. They have been supportive throughout every aspect of my life when it veered away from what the family direction was.

My family has supported me through every up and down. You know, through no fault of their own, I have brought all kinds of attention to them, that I'm sure they never intended or planned on. And it's not enough that I know how to put up with it. It's not something they bargained for but they've been right there supporting me throughout all of this. Never once have I heard one critical thing asking me to stop or change what I'm doing because of any damage I might be incurring to the family. My family is singularly responsible for me being here today, being so honored, as I am today.

And I really -- my hope, my dream's always been that throughout my life, that many more members of my family become known, and it's understood about them that they are as deserving, if not more so, than I am of this. You can't replace your family. You can't change them, and my family is the best family. Being from Missouri, somebody once asked me, "What do you think would have happened to you, your radio show, if you'd been born in the Northeast or the West Coast?" I actually think, being born in Missouri, there is something to Midwestern cultural values.

There's something to it. 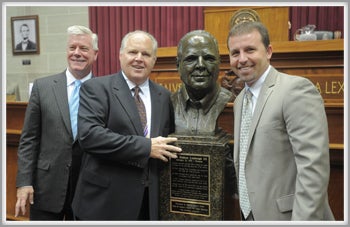 Something really substantive about having it.

TODD: As you can tell, Rush is speaking to a crowd of people, his Hall of Fame induction, May 15th, 2012. Now, there's this. This just came from... We're talking about these highways being named after Rush, a six-mile stretch. We were talking about on the break. This is not my suggestion. It came have Team EIB. You know what you could do is put a low-power FM transmitter on that six-mile stretch of highway and play Rush's theme music, My City Was Gone, as you roll through it.

Can you imagine how phenomenal that would be? Yeah, it would be roughly six minutes. People, you know, I guess it wouldn't be six minutes, but whatever it would be traveling down the road... Never do math live on the air even if you're good at it. Play Rush's clips of wisdom on that.

Speaking of that highway, dig this. So the highway may be named after Rush, but -- and we hope it is. So what do you do when you cruise down the highway if you're not listening to EIB? You probably roll tunes. That's what Americans do, and Rush loved music. Loved it.

He was a deejay before he was a talk show host, longtime listeners got to know his bumper music and the priceless commentary that went with it which is why we're doing something called Road Trip with Rush, and each week we'll add a new song to the play list of Rush's favorites that we were gonna create together. Think of this as the Maha's mix tape.

To get us started, here's the first tune, Barry White and the Love Unlimited Orchestra. 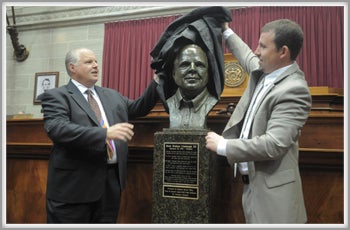 RUSH: Barry White was an inspiration for fat guys everywhere. Here he is decked out at 350 pounds in his all-white suit, drinking white wine with a slinky model -- and you knew where they were going to end up.

RUSH: I lived in Pittsburg when this stuff was out.

RUSH: I remember playing this stuff on the radio.

TODD: And anyone who grew up around radio, as I did, if you didn't listen to, you know, the music radio or the FM radio of the era, of the time when you grew up, it's changed so much. And gladly, Rush got to experience life as a deejay where deejays still to some degree got to spin the records that they wanted to spin and create the shows that they wanted to create. 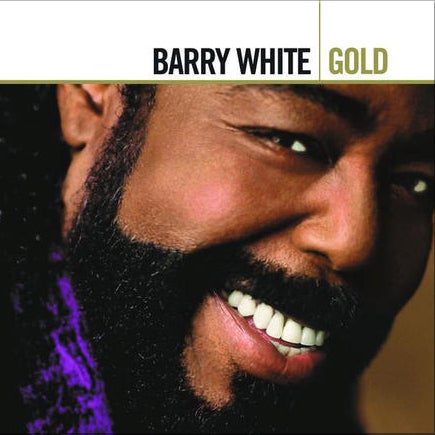 I remember Rush talking about when that changed and when everything had to be this formatic, and, "We don't play this song. We don't play it that way," and certainly people telling Rush, "You talk too much. You're talking over the records." But there was a time when every individual deejay had these individual tastes in music, and you would learn things about the songs or the cuts they like. That's all missing. And I hope people never...

I hope that this world never loses live radio or for that matter live TV. I think live radio is special. And I've talked to people about this. Like, thanks to this program, completely thanks to unbelievable honor I've had across these years to fill in for Rush and now as a guide host for Rush along with Mark and Ken and all of us who fill in, who are the guide hosts for Rush. It's very difficult to not say "fill in."

This is Rush's program. Our podcast numbers have gone nuts out of KTTH, and that's completely the result of you. But I hope that people never lose touch with live radio. I never got to talk to Rush, you know, in depth about live radio, what it felt like for him. But as a listener, I heard him enjoy these live moments. Some of the best moments... Maybe you'll agree with me on this.

Some of the best moments in Rush radio was when Rush became so-called distracted by things. And he would go down a path. For instance, like going down this path with music, or he would become distracted by a news event. He would see something on TV and respond live time to or respond to with a JIP -- a JIP, join in progress -- of a news event.

And Rush would respond live time. That cannot be replicated with podcast because the temptation is always to edit. It's always to take out the mistakes or the stumbles or the ums. Getting rid of the ums is one of the skills of being a speaker, but having them there is one of the realities of being a human being.

About The Rush Limbaugh Show