TODD: Have you seen what is...? It's basically a helicopter flying around Mars. It's stunning to look at this, and it plays into something that the left is constantly telling us about ourselves. They basically want us all to believe that we're Sasquatches who accidentally learned to speak. That's it. 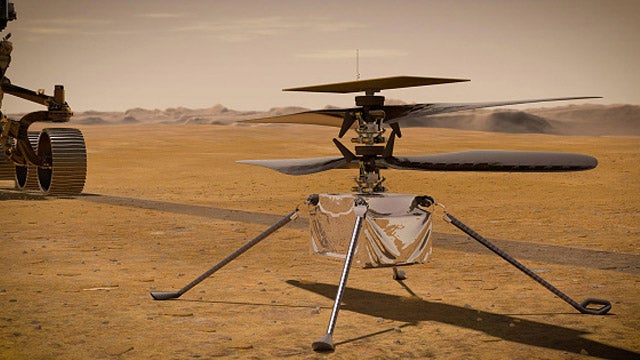 Both internally -- our DNA, the structure of how we were build and designed -- but also this incredible universe that if our planet was askew by one degree, it couldn't support life. We have these skills to build devices that, on Mars, can fly around like a big drone, carrying fabric from what the Wright Brothers first, what they called, "flying machine."

Of course, like as Team EIB was telling me this morning, Rush would have just absolutely been all over this news story about this helicopter. Here, in fact, is El Rushbo showing his great love of technology and the human mind, as he recalled Neil Armstrong.

I had to head home and watch this. At the time, I was a space program groupie. I was as absorbed in it as any 18-year-old was. I was blown away by something I had learned that made me forever think about the kind of men that ended up being astronauts and the fears and things of that nature that they faced.

I learned that William Safire, who was then a speechwriter for Richard Nixon, had written a speech that Nixon was to give in the event that Armstrong and Aldrin were stranded on the moon and couldn't get home. Michael Collins was in the command module orbiting the moon, and these guys were going to join him after the moon walk and the rover trips, the whole mission.

I got to thinking, what if I were Armstrong or Aldrin, and I've walked on the moon. I've gotten there. I've done the mission. I've walked on the moon. I've driven the rover around. I don't know if they had a rover on the first mission, whatever, gotta get off. They test fired this rocket that lifts the lunar module back up to orbit to rendezvous with the command module 250 times on earth.

They fired it and fired it, and it worked every time. But it was the kind of engine, if I remember it, it was the kind of assembly that, if it didn't work the first time, that was it, because of the atmosphere or the lack of one on the moon. I could be wrong about this, but my memory is that they had one chance, and if the rocket didn't fire, then that was it.

They were real pioneers, a bravery like we don't see much, and very often. And it's something that now is so taken for granted. But then, 1969, that was one of the biggest crapshoots of the whole mission: Was that rocket gonna fire? And they had a camera. They had put a camera to witness the liftoff of the lunar module back off the surface.

And when it worked, that thing, I mean, it was out of sight. The camera was incapable of following it, obviously, nobody there. The electronics were not such that they could remote control the camera to follow the liftoff. The rocket fired and that thing shot up, and it was out of view and off the screen in less than a second.

I got to thinking when I remembered that there was a speech that Nixon had ready to go if they didn't get back, just what these guys faced. The unknown of everything that they faced. These were really incredible people. Armstrong was incredible in many ways. You know, he did sign autographs.

But when he found out people were selling his autographs, he stopped signing. He did not allow himself to personally profit a penny from what had happened. Imagine that today. Not a penny. Whenever anything similar to a Neil Armstrong autograph, when he discovered stuff like that was being sold, he shut it down. He ran the risk of people thinking that he was insincere or uppity or arrogant.

It wasn't that at all. He had no desire to commercialize in any way, shape, manner, or form what he had done. He made speeches, but he didn't run around trumpeting himself as the greatest thing that had ever happened, the bravest guy. He went back and lived his small-town life outside Cincinnati for the rest of his life. Luck of the draw, first man on the moon, but just an amazing story. 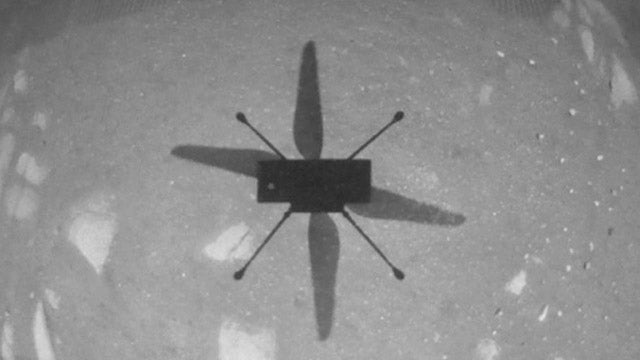 TODD: And Rush admired the human ingenuity, the hard work, but also you see the humility. Today we watch a drone on Mars, and we were just talking about (laughing) when someone who denied the Moon landing happened approached Buzz Aldrin in Hawaii, and Buzz Aldrin had to be (laughing), I guess, in his sixties. (Gosh, I'm almost in my sixties.) But he jacked the guy up!

I mean, he still... He didn't bring enough hip into the punch, but maybe he didn't really want to, you know, put the guy to sleep, but he let him know what's what. Rush admired that sort of ingenuity. I'm not saying the punch in the face, but the ingenuity, and he would have loved to have been here with us to talk about what just happened on Mars.

About The Rush Limbaugh Show