RUSH: I want to share with you, this is an analysis piece from Julie Pace at AP today. Julie Pace, a frequent panelist on the Fox News Channel, along with many panelists from the Washington Post, a few out there from the Nuev Orc Times.

This is amazing. She says: "The resulting chaos and confusion that has created isn't the byproduct of Trump's strategy following his defeat to Democrat Joe Biden. The chaos and confusion is the strategy." Trump was minding his own business. He ran for office in 2016. He wins. Then what do you do, Julie? You and your colleagues immediately start take it away from him. You accuse him of being a traitor, a Russian agent.

You claim that he stole the election from Hillary Clinton. You claim that he was working for Vladimir Putin. You claim that he colluded and meddled with the Russians. You created chaos and confusion that is still permeating the American electoral system. But now it's as though none of that ever happened. It's only just now happening in the aftermath of this election because Donald Trump wants chaos.

Get this next paragraph. "Trump's blizzard of attacks on the election are allowing him to sow discontent and doubt among his most loyal supporters, leaving many with the false impression that he is the victim of fraudulent voting. That won't keep Trump in office -- Biden will be sworn in on Jan. 20 -- but it could both undermine the new president's efforts to unify a fractured nation -"

Unifying a fractured nation? I gotta stop. Unify? You people don't know the meaning of the word "unify." You don't know the definition of it. You've been trying to drive the people of this country apart for four years. Biden's out there saying he wants to unify too. He and Obama have riven this country to shreds in the past four years with the help of people like you, Julie Pace. This is outrageous what you're writing here. 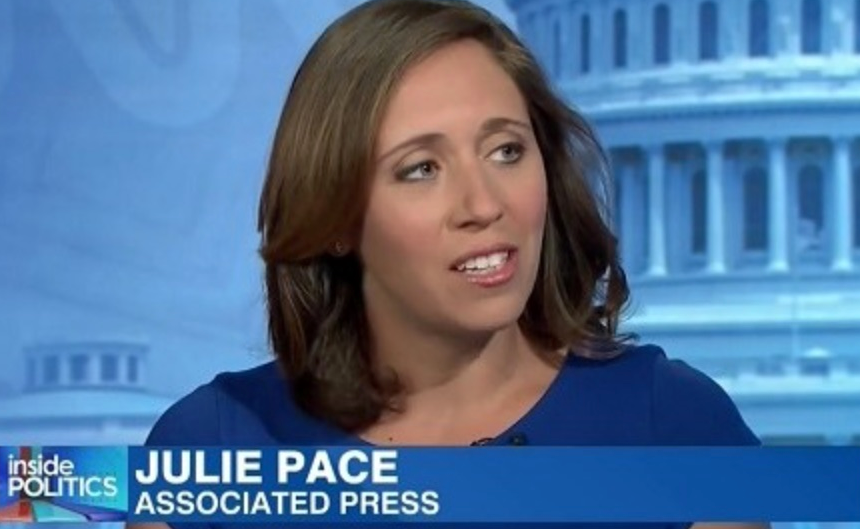 "Trump's blizzard of attacks on the election"? How about your blizzard of attacks on the election, the 2016 election, which are still happening? You even tried to impeach the guy over it. A fake, phony $32 million unnecessary investigation that wasn't even an investigation. It was an attempt to plant spies in the campaign to create chicanery so they could then accuse him of meddling with the Russians.

Trump didn't do any of this stuff. None of the things that he was accused of, he didn't do any of it. You all did. Now you come along and say that he's sowing discontent and doubt among his loyal supporters, leaving many with the false impression that he's a victim of fraudulent voting. He's the victim of fraudulent counting, Julie. That's the key.