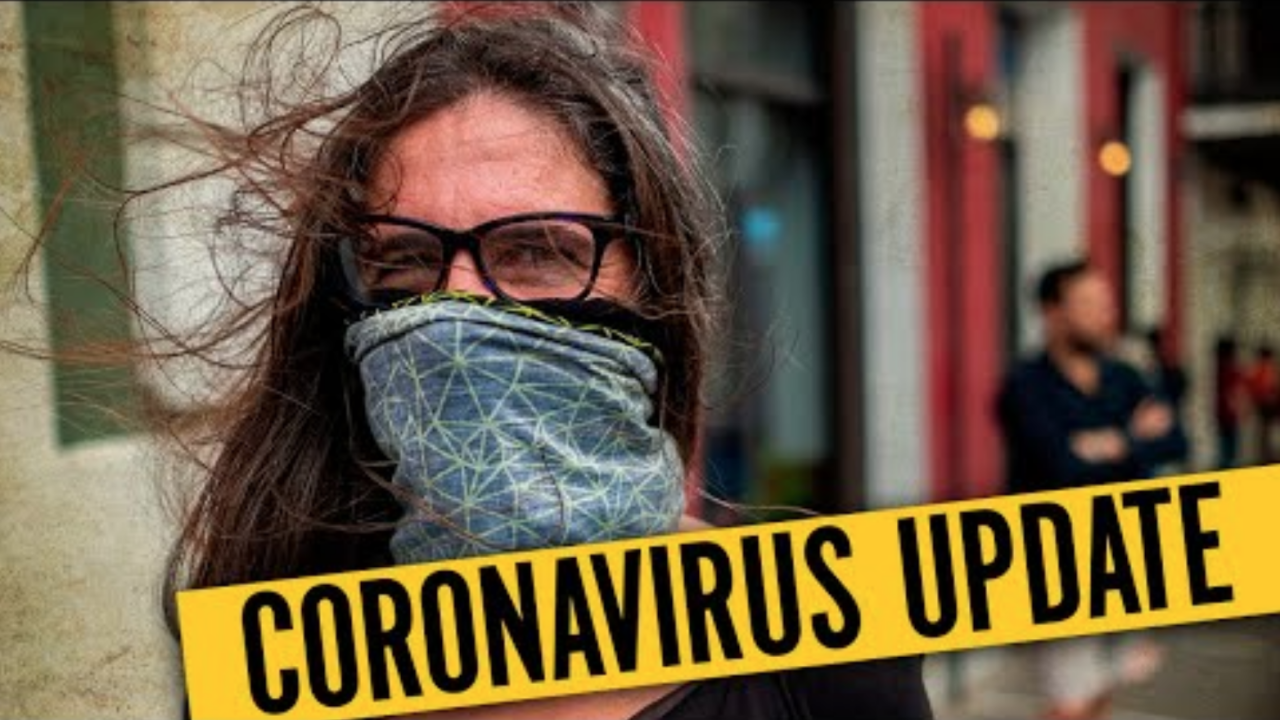 Glenn gives the latest coronavirus numbers, updating YOU on everything needed to know as Americans and officials monitor China's new COVID-19 virus:

Total Confirmed Deaths Worldwide: 24,369 (up from 22,022 Yesterday) Total Confirmed Recovered Worldwide: 125,490 (up from 117,448 Yesterday) 5% of Active Cases are considered serious (requiring hospitalization) UP from 4% Yesterday, but down from 19% in FebruaryNote that 7% of US Confirmed Cases require HospitalizationUS has 85,749 Confirmed cases and 1,304 Deaths, up from 65,581 cases and 1,036 deaths yesterdayThe United States of America now leads the world in total confirmed cases, with 4,409 more cases than ChinaUS has 1,868 officially recovered, against 1,304 deaths

After Terrifying World Governments Into Committing Financial Suicide, UK Scientist Reduces His Death Forecast by 95% https://www.newscientist.com/article/2238578-uk-has-enough-intensive-care-units-for-coronavirus-expert-predicts/The UK should now be able to cope with the spread of the COVID-19 virus, according to one of the leading epidemiologists advising the UK government.Neil Ferguson at Imperial College London gave evidence yesterday to the UK's parliamentary select committee on science and technology. He said that expected increases in National Health Service capacity and ongoing restrictions to people's movements make him "reasonably confident" the health service can cope when the predicted peak of the epidemic arrives in two or three weeks. UK deaths from the disease are now unlikely to exceed 20,000, he said, and could be much lower. His previous and dire prediction, from just 10 days ago, was that as many as 500,000 Brittons would likely die.The need for intensive care beds will get very close to capacity in some areas, but won't be breached at a national level, said Ferguson. The new projections are based on computer simulations of the virus spreading, which take into account the properties of the virus, the reduced transmission between people asked to stay at home and the capacity of hospitals, particularly intensive care units."We'll be paying for this year for decades to come," Ferguson said. "But if people follow the Government's guidelines, we'll be able to cope."UK Prime Minister Positive https://news.sky.com/story/coronavirus-boris-johnson-tests-positive-for-covid-19-11964493Boris Johnson, Prime Minister of the United Kingdom, has confirmed he tested positive for COVID-19"Over the last 24 hours I have developed mild symptoms and tested positive for coronavirus," he said via Twitter."I am now self-isolating, but I will continue to lead the government's response via video-conference as we fight this virus."Mr. Johnson, whose partner Carrie Symonds is pregnant, will isolate for 2-weeks, a spokesperson confirmed."Together we will beat this. #StayHomeSaveLives.""Poor People Are Immune" Claims Mexican Governor https://www.cnn.com/2020/03/26/americas/mexico-coronavirus-luis-miguel-barbosa-intl/index.htmlThe governor of the central Mexican state of Puebla told reporters Wednesday that poor people "are immune" from the coronavirus.During his remarks, which broadcast live on YouTube and Facebook, Gov. Luis Miguel Barbosa posed a question, asking reporters which people were infected at the moment."The majority are wealthy people, you know," he said, answering his own question. "If you're rich you're at risk, but if you're poor, no, well us poor, we are immune."There is no scientific evidence to suggest the virus affects people differently due to economic status. His remarks sparked an uproar on social media, with many questioning why a government official would spread information that has no basis in fact. Barbosa noted that many of those who contracted the virus had recently traveled, suggesting a link between wealth and travel.Trump: Maybe Don't Shake Hands Every Again https://ca.news.yahoo.com/trump-suggests-americans-shouldn-t-221802199.htmlPresident Donald Trump suggested that Americans should consider giving up the tradition of greeting each other with a hand-shake -- forever.Trump has set a goal of returning Americans back to work by Easter, despite the coronavirus outbreak, but he said at a White House news conference on Thursday that they shouldn't entirely abandon "social distancing" practices, especially shaking hands."Maybe people aren't going to be shaking hands anymore," Trump said, adding that he had discussed the practice with Anthony Fauci, the director of the National Institute of Allergy and Infectious Diseases. "He was saying the regular flu would be cut down by quite a bit if we didn't do that - if we didn't shake hands," Trump said.Even In A Pandemic, Fake Meat Won't Sell https://dailycaller.com/2020/03/26/coronavirus-food-shopping-vegan/Vegan and plant-based can be seen in proportions that appear recently stocked at grocery stores across the US."Not even in a crisis will folks buy the plant-based hot dogs," Tweeted one observant citizen with a picture of the frozen food aisle baren except for tofu hot dogs."Let's face it, they taste like crap. I'd rather starve," said another via Twitter. "Not enough mustard in the world to cover-up that stuff." Another user closed the book on the topic, "Two observations today from the grocery store. Plant-based fake-meats are not desired - and people need to smile more! Good day!" Patriot Thomas Massie Defends Constitution, Gets Persecuted https://www.foxnews.com/politics/extreme-precautions-ordered-in-house-ahead-of-historic-vote-on-largest-stimulus-package-in-us-history

In no small feat of bravery, Massie stands alone against a tyranny born of fear.Furious lawmakers voiced serious concerns on Capitol Hill late Thursday that a Republican House member could "go rogue" and possibly scuttle a vote on the $2 trillion coronavirus stimulus package.Fox News is told there is deep worry on both sides of the aisle that Rep. Thomas Massie, R-Ky., could try to sidetrack House plans to quickly approve the coronavirus bill via a "voice vote" -- a verbal exercise in which those in favor shout yea, and those opposed holler nay. The loudest side would prevail."It's the Thomas Massie show," said one senior Republican source who asked to not be identified."He is going to do it," a senior Republican leadership source told Fox News, explaining that leadership had tried every type of arm twisting -- and it's not working. The source said he was actively calling members and telling them to get on planes in the morning to come back to Washington so that a quorum of 216 members could be established if Massie were to demand one.The source explained that Massie got a very forceful call from a member of the House Freedom Caucus urging him to allow the voice vote, but Massie won't budge.The 880-page coronavirus stimulus package would amount to the largest economic relief bill in the history of the U.S. for individuals, large corporations, and small businesses -- and its unanimous passage in the Senate came despite grave concerns on both sides about whether it involved too much spending or not enough.Massie did not respond to multiple requests for comment late Thursday. It was unclear exactly why he may want to delay the bill, which some lawmakers have said contains too much wasteful spending -- including $25 million for the John F. Kennedy Center for the Performing Arts in Washington, D.C. and $10 million to fund US Salmon hatcheries in Alaska.